The goal for day two was to find something affordable and delicious to eat. I needed some flava and I wasn’t getting it at the hotel. Downtown Disney was the plan… After 12 hours of meetings, that is.

I exited the main entrance which was where the shuttle was purported to be. I saw a group of people sitting and waiting to my left. I skulked over and tried to fit in, assuming the “I’m just waiting for MY bus” pose. After 30 seconds I whisper to the dad of the group, “You guys going to Disney?” “We’re actually going to the parking garage…” His wife suggested asking a man in a red uniform. “That’s my go-to move,” she explained.

So I head over to the red shirted man. “Is that the bus to Downtown Disney?”

“Yep, right there,” he pointed with utter certainty and confidence.

I walked across the driveway with purpose to where a family was chatting with the bus driver. He looked at me curiously. “Are you going to Downtown Disney? (I need a mother-effing MEAL),” I squeaked with anticipation. “Are you with the convention? Your bus is over there,” he said pointing in no particular direction.

With tears in my eyes, I followed two ladies who looked like they might be part of the convention and tried to overhear their conversation. Something about a staircase. They were looking for a Disney bus. Solidarity!!! I clung to these bitches who ignored me like a koala.

Bus after bus had a sign saying “ACHA Universal CityWalk.” Wrong. Wrong. Wrong! Wtf! One of the girls asked a driver: where’s the Disney bus? All the way at the end, apparently. We all hustled to the end of the line. The bus driver opens the door and shouts, “I’m gonna pull up to the front of the line!” So we all run to where we just were. The door opens, we get on and there we sit for 10 minutes, waiting for nobody else to get on.

We get to DD and…

All was well with the world. I ate, got back on the bus, went to bed and was restless 31 times while I slept 7 and 1/2 hours. 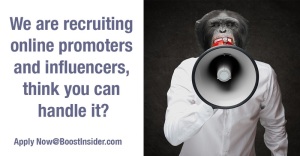